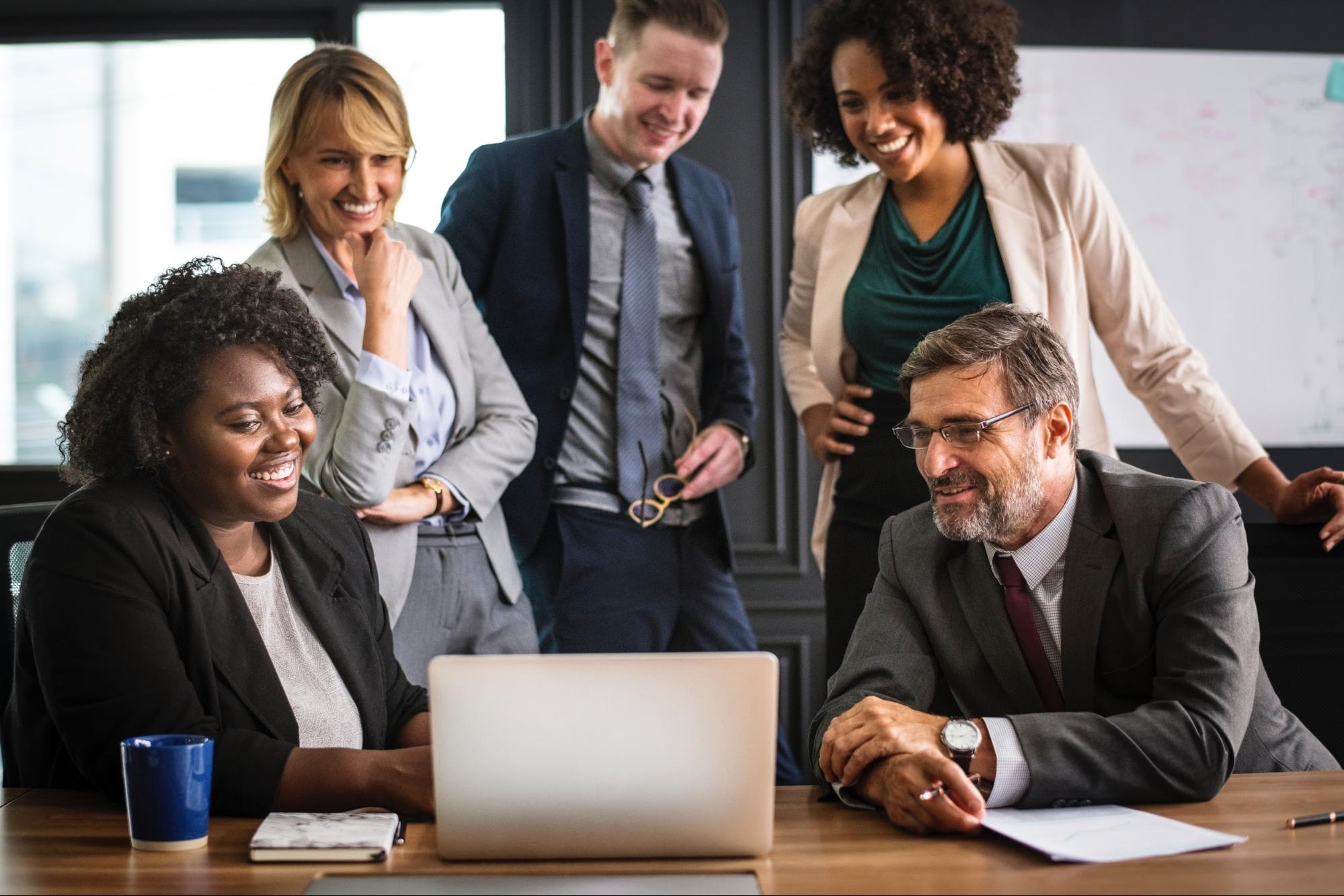 By BountiXP Team September 25, 2018 No Comments

The values, beliefs and behaviours that characterise how a company’s employees interact with each other. Overall it creates the social and psychological environment within which employees work and the company conducts its business.

But what does company culture mean in everyday work life?

Essentially, culture is the personality of the company. Regardless of whether it can be formally articulated or not, it exists in every company.

It has been acknowledged by many executives as an important aspect in attracting and retaining top talent to help build a world-class company.

When all things are equal, salaries, office space etc. company culture is a make or break factor.

Even stranger… is that although the importance of company culture is widely acknowledged, many companies find creating an ideal culture an elusive exercise.

Fortunately, there are some companies that have managed to successfully create a great company culture.

Let’s take a look at five such companies – what they stand for, why their approach is unique, and finally,what we can learn from them.

We have selected five companies from five different industries to illustrate that having a great company culture works across all industries.

So let’s dive in!

Patagonia was started in 1973 by Yvon Chouinard, a lover of the outdoors, who translated this love into a sustainable outdoor clothing company.

From the beginning, Chouinard set out to build the best products without causing any unnecessary harm to nature and to use the business to inspire and implement solutions to the environmental crisis plaguing the world.

What started out as a small company for climbing gear has now expanded to include surfing, skiing, snowboarding, fly-fishing, paddling, trail and running gear to their product offering.

Being based in Ventura, California allows employees to be out in nature or to go surfing at any time they want. Patagonia strives to put on display and constantly live out its company culture and employee values.

For Patagonia, these values are transparency, collaboration and improvement.

Through multiple mergers and acquisitions, Standard Oil eventually became what is known today as Chevron, a mammoth company with a presence in over 100 countries that employs an astonishing 51,000 people!

More impressive other than their 138-year history, is the fact that even before the word, ‘company culture’ was coined, they were probably world leaders in it!

Here is a timeline or events and initiatives which set them apart:

They continue to be at the forefront of not just saying positive things, but backing them up too. They encourage employee well-being with on-site health and fitness centres at their major locations that provide perks such as massages and personal training. Where they can’t house fitness centres, they offer employees discounted local gym memberships.

They have programs for new mothers and families, such as nursing rooms, college-counseling programs and a program that reimburses employees up to R75 000 for adoption-related expenses.

Since the early days of the internet, tech companies have set the standard in new ways of working and company culture, so it should come as no surprise that  Twitter made it onto our list.

With the exception of their rooftop meetings and free meals, Twitter wins because of their approach to the integration of their employees.

Their culture is simply defined as Me. We. Us. The world. #GrowTogether.

Their mission? To be a force for positive global change through the facilitation of respectful conversations, creating deeper human connections and encouraging diverse interactions on- and off-line. Their end goal is to build a more globally inclusive culture and a more diverse workforce.

The best part is that these aren’t just empty platitudes, they have actually assembled a team dedicated to oversee all of this…The ICD Team, short for Intersectionality, Culture and Diversity.

As people, we are drawn to places and want to be around people where we can fully be, and express who we truly are… At Twitter, they have created a culture that allows this!

They ensure that everyone’s voice is heard and contributes to the progression of the company. They give everyone the power to create and share ideas and information instantly, without barriers.

University friends, Jeffrey Raider, Andrew Hunt, Neil Blumenthal and David Gilboa, started Warby Parker, which is named after Warby Pepper and Zagg Parker  (characters in a Jack Kerouac journal). They wanted to simplify the often complex and overpriced process of buying glasses to the point where they could sell their own glasses for $95.

Simplicity is woven into the very fabric of Warby Parker. The company is run on a few simple rules that ultimately determine their culture:

Treat customers the way we’d like to be treated: Ah, the golden rule of humanity! Where most companies try to avoid their goods being returned, Warby Parker actively encourages you to order glasses online, try them on at home and if you don’t like them, to return them and choose a pair which you may prefer… all for free!

Get out there: For every pair of glasses bought, Warby Parker donates another to someone in need who can’t afford them. They have discovered that through the gift of sight the average household income in the developing world increases by 20%… The equivalent of adding an extra day of wages per week through the simple act of giving someone the ability to see.

Green is good: By taking measures against their carbon footprint, Warby Parker is the only carbon-neutral eyewear brand in the world and is aiming to become carbon negative in the near future.

As in the case of Twitter, diversity in hiring is a priority. They believe that a wealth of perspectives makes the workplace an intellectually galvanising place to be!

Adobe came into being in a garage in 1982 when friends John Warnock and Charles Geschke left Xerox after the frustration of realising their work would not have the impact they wanted it to have. They decided they would rather “get old and gray and frustrated somewhere else and have more fun”

The 36-year-old company still keeps the fun and quirky nature of its founders. Adobe is known to offer their staff huge perks such as yoga, cafes, paid family holidays and company medical aid.

All these are great on their own but it’s the four core company values that make Adobe stand out from other companies:

Adobe is not only known for their diverse workforce, they also scored a perfect 100 on the Human Rights Campaign’s Corporate Equality Index as one of the best places to work for the LGBT Equality.

The company believes gender and ethnicity inequalities have no place in driving any sort of decisions for a company that strives to stay ahead of the pack.

Your company culture will be the ultimate determinate in helping attract and retain the sort of talent that you need to be a world-class company.

The companies we have looked at above are winning at it, but amazingly enough are not resting on their laurels, which means you shouldn’t either. They are striving to get better every single day which means they are constantly looking for new ways to improve.

Finally, let’s take a look at some commonalities these companies share which you could also implement in your company today:

They know what they want to achieve, everyone understands the company goals clearly and what to do to achieve those goals. These companies all empower and propel their employees forward towards achieving these goals. Companies that state and clearly communicate their purpose place themselves in a position where they can build a strong, sustainable, scalable company culture.

Not only do they embrace but they actively look for feedback.

They understand they can only get better if they are constantly receiving and adjusting to feedback. Within the company, they are creating safe environments where their employees can freely give and receive feedback. Feedback is vital because it pushes the company, management and employees to higher levels of performance.

They embrace diversity and use it to their advantage.

They understand that in an interconnected world, business has to implement multi-perspective approaches. They understand that people from different backgrounds have valuable contributions to make. They use this to build a culture of teamwork that celebrates team accomplishments, rather than on individual accomplishments. They encourage the sort of collaboration which allows for tasks to be completed in a faster, better, and more efficient manner.

Fun is not seen as a flimsy concept at these companies, instead, it’s a concept that’s hardwired into the DNA of these companies. There is a solid relationship between having fun at work, motivation and productivity. Employees and companies who do serious work but don’t take themselves too seriously will always have the winning edge.

Knowing all this, are you ready to get your company off to a great start with a great company culture? Why not try bountiXP, the ultimate employee recognition and engagement platform. Start your road to culture building and engagement right now!

Stay up to date with the latest insights